Create is a multi-purpose WordPress theme that gives you the power to create many different styles of websites.

TOWN AND COUNTRY, Mo. — Troy Merritt was on an operating table last week as doctors removed a foot-long blood clot from his arm and chest. On Thursday, Merritt walked off the 18th green of Bellerive at one over par for the first round of the P.G.A. Championship. He had not seen the course until he teed off at 8:51 a.m., working only on the range and putting green in advance.

“Yesterday I hit balls for the first time. I hit almost 50 balls, and it was throbbing,” Merritt, 32, said of his left arm. “It was manageable, but it was going to be painful.”

Merritt’s determination to play grew on Wednesday when he heard news that devastated many of the golfers gathered here for the final major of the year. Jarrod Lyle, 36, an Australian golfer who competed on the PGA Tour, had died in his homeland after three battles with leukemia over two decades. He left behind a wife and two daughters, ages 6 and 2.

“It reminds you that there are people in worse situations than yourself,” said Merritt, whose clot had required emergency surgery barely two weeks after he won the Barbasol Championship in Kentucky. “Just seeing that, thinking about that, made me want to tee it up even more.”

Several other players at Bellerive on Thursday honored Lyle, whose relentless optimism made him a beloved figure on the tour. Rickie Fowler, whose finished the day a stroke off the lead, wore a yellow shirt in a nod to Lyle’s signature bucket hat. 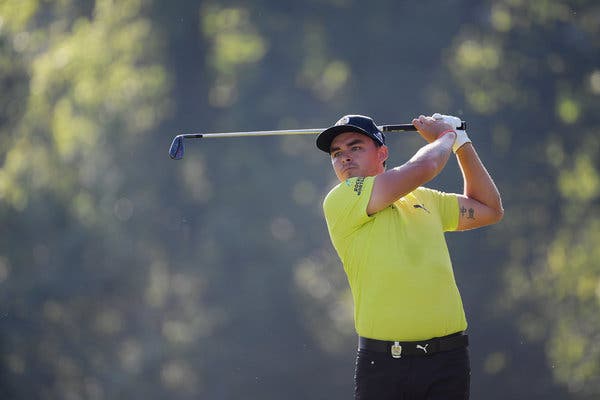 At the World Golf Championships event in Akron, Ohio, last week, yellow ribbons appeared on players’ caps when Lyle’s wife, Briony, announced on Facebook that Jarrod was ending his medical treatment. Many of the ribbons reappeared here on Thursday. More are expected to arrive in a shipment from Australia that got stuck in customs.

[Read more about the first round of the P.G.A. Championship.]

The American Pat Perez, who finished the first round three strokes off the lead, was one of the players wearing a leftover yellow ribbon. So was Ian Poulter of England, who had breakfast with Perez before Thursday’s round.

“You just don’t even know what to say. It’s so horrible,” he said, adding, “For me, getting ready to have a daughter and start a family, I can’t even imagine it.”

“I heard so many times, ‘He was such a great guy,’ ” Perez continued. “I wish now I’d gotten to know him a little better. I thought about him all day.”

Troy Merritt played Thursday’s round less than a week after having emergency surgery to remove a blood clot.CreditJamie Squire/Getty Images 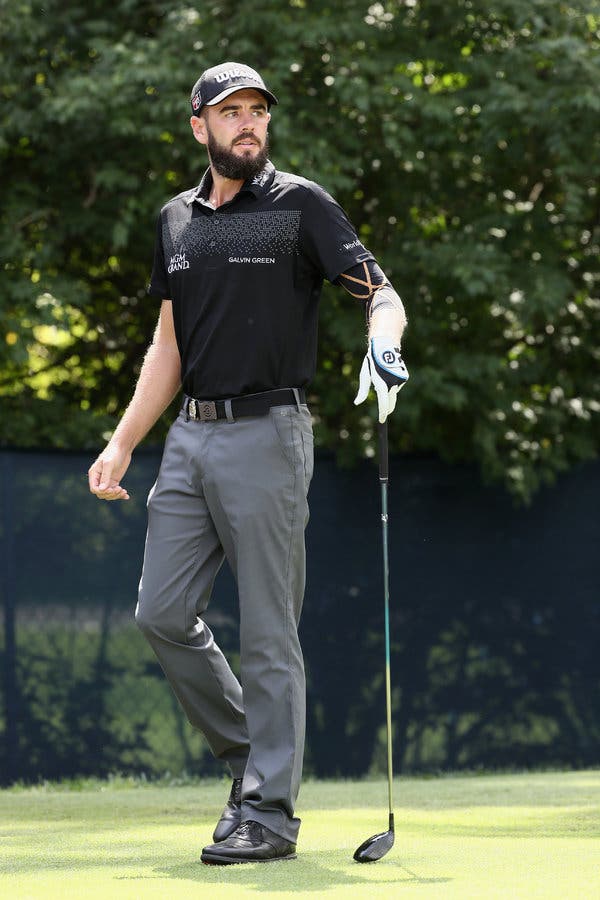 As Merritt recovers from surgery, he must inject himself in the stomach with a blood thinner twice a day, and he said he took ibuprofen on Thursday. He managed a 71 with two birdies, and on almost any other day, his performance would have been the talk of the concourse. But Lyle’s death loomed over every moment here.

“When you lose someone, it puts things in perspective,” Perez said. “People come out and get in pissing matches out here, or you put a couple in the water. You lose a guy and all of a sudden those things aren’t really important anymore.”

Lyle’s colleagues were quick to say he preferred the brighter side of things, even in the darkest moments.

“Jarrod wouldn’t want us out here feeling sorry for him or feeling bad,” Fowler said. “He’d probably come out here and kick us in the butt and tell us to man up and go have some fun.”

That’s exactly what Merritt did.